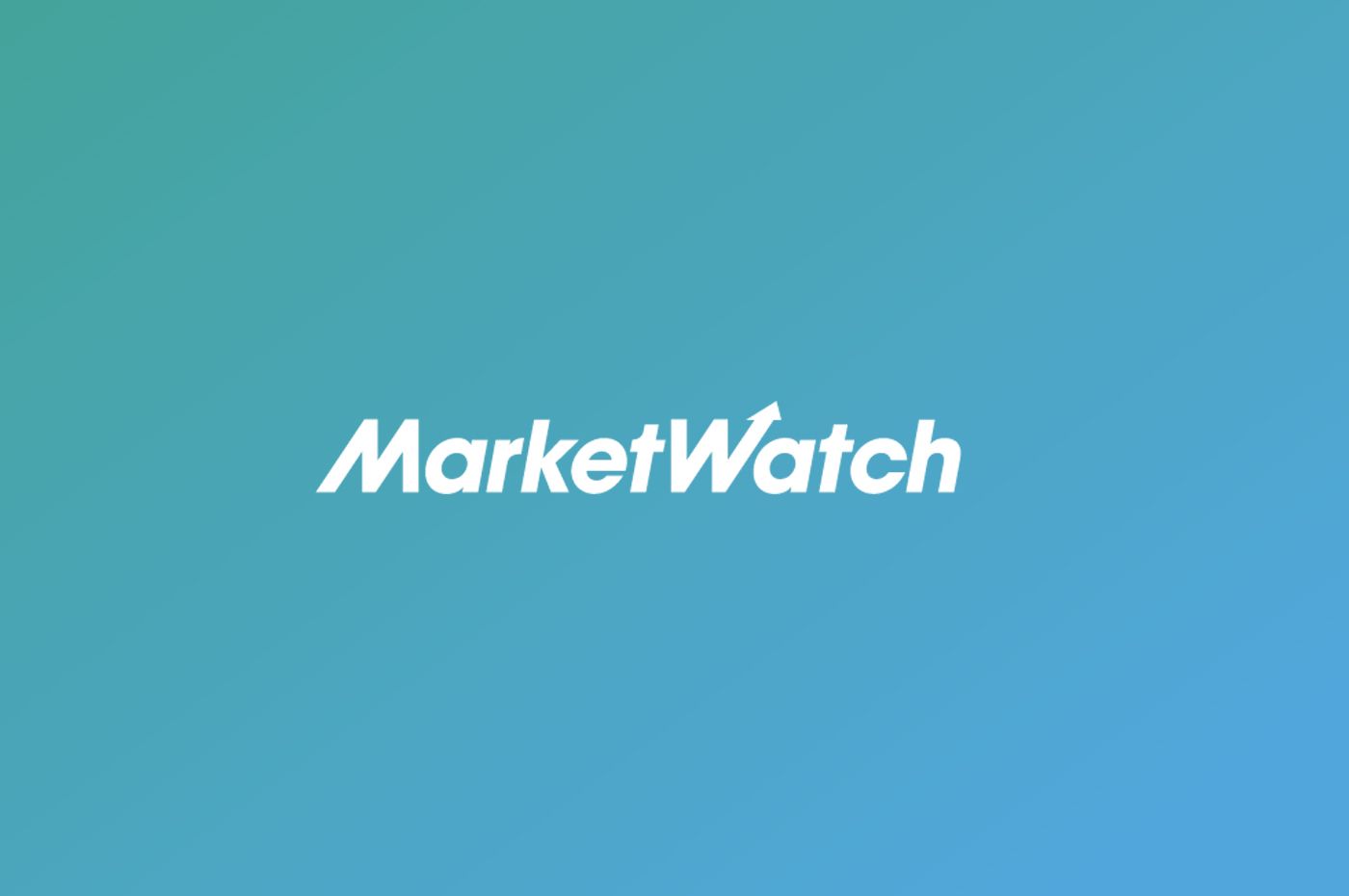 As the government continues to introduce measures to slow the spread of the virus and promote the best ways to guard against it, some employers may be reluctant to let their staff go just yet.

Coronavirus is fast disrupting Americans’ daily lives, from school to work to going out to socialize— and job experts say that will spell trouble for some U.S. workers more than others.

Restaurants and bars in seven states –– California, Connecticut, Ohio, Illinois, New Jersey, New York, Maryland, Massachusetts and Washington have been ordered to close with the exception of take-out services. The governors of New York, New Jersey and Connecticut also agreed to close movie theaters, gyms and casinos in addition to banning gatherings of more than 50 people, effective Monday at 8 p.m.

“Declining consumer confidence, potentially severe retail-traffic declines, and temporary store closures are evolving risk factors that depend on uncertain variables like the geographic spread of the virus and the timing of containment/eradication solutions,” analysts at Cowen, an investment bank and financial-services company. wrote in a note this month .

This did not show up in last week’s jobless claims report where jobless claims dropped 4,000 to 211,000 in the seven days ended March 7. The total number of people already collecting unemployment benefits declined by 11,000 to 1.72 million. That number reached nearly 6.6 million near the end of the Great Recession.

Thomas Simons, senior money market economist at Jefferies LLC, expects to see an increase in jobless claims in Thursday’s report. “That will be the start of a trend,” he said, adding that “The travel, leisure & hospitality, airline, and other industries are going to experience layoffs, as well as small businesses in areas where large public gatherings have been cancelled or postponed.”

Already, there have been 634 job cuts in the U.S. specifically tied to the outbreak of novel coronavirus as of March 15, according to Challenger, Gray and Christmas, a Chicago-based outplacement and career-transitioning firm. Challenger arrived at that number by tracking company announcements and news reports that explicitly link job layoffs to the coronavirus outbreak.

As the government continues to raise awareness about the virus, some employers may be reluctant to let their staff go just yet. One reason: It’s expensive to retrain and rehire.

Prior to Trump’s announcement on Wednesday, the Centers for Disease Control and Prevention suspended travel to China and Iran. It recommends avoiding all nonessential travel to South Korea and Italy as well as Japan for adults who may have underlying respiratory illnesses.

The manufacturing and construction industries will be more likely to hold off on making any big decisions on layoffs, said Rubeela Farooqi, chief U.S. economist at High Frequency Economics, a New York-based economic research company. But the same may not carry over for people working in the food, hospitality and transportation sector, she said.

Manufacturing and construction may wait to make decisions on layoffs

“In construction and manufacturing, you can’t just hire someone with no experience,” she said, “especially if they expect a rebound.” Employers “will be hesitant to lay off workers” to cut costs, Farooqi said. They will instead be betting on people taking preventative measures in an effort to stop the spread of COVID-19, the disease caused by the virus SARS-CoV-2.

Some 7.6 million Americans work in the construction sector and earn an average hourly wage of $31.35, according to Bureau of Labor Statistics data from February’s jobs report; 12.8 million Americans work in the manufacturing sector, earning $28.20 an hour on average. (That’s slightly above the national average hourly wage of $27.69.)

Supply-chain disruptions due to the coronavirus are likely to increase the cost of business for manufacturing and construction companies, said Elise Gould, an economist from the Economic Policy Institute, a progressive think-tank based in Washington, D.C. Companies like Hasbro Inc. HAS, +0.15% and Apple AAPL, -2.44% may have to spend more money on inputs that they would otherwise import from countries like China.

Hasbro has previously said that China is responsible for about two-thirds of its global sourcing. Additionally, Apple announced over the weekend the temporary closure of all stores outside of China , to help minimize the spread of the coronavirus.

(Hasbro and Apple did not immediately respond to requests for comment.)

In the manufacturing industry, many employers are actually struggling to fill openings because the positions have become more technically sophisticated than they were in past decades.

In the manufacturing industry, many employers are actually struggling to fill openings because the positions have become more technically sophisticated than they were in past decades, according to an April 2019 report published by the National Association of Manufacturers, a trade organization based in Washington, D.C., with 14,000 member companies.

Last week, NAM released a set of COVID-19 policy-action recommendations . The association called on “banking regulators, such as the Federal Reserve and the Office of the Comptroller of the Currency, to support leniency from financial institutions regarding the credit conditions of small and medium-sized businesses facing short-term challenges, including offering extended grace periods and short-term loans.”

To help stimulate long-term job growth in the U.S., NAM called upon lawmakers to reduce tariffs on U.S. exports.

(NAM did not respond to MarketWatch’s request for comment regarding manufacturing-job layoffs.)

The skills that are necessary for many manufacturing jobs include systems engineering, project management and software development, according to Burning Glass Technologies, a software company that compiles data on current labor-market trends. But if the situation worsens, smaller manufacturing and construction companies may have to lay off workers, especially if they are unable to ship goods out, said Mark Zandi, chief economist at Moody’s MCO, -13.72% .

(Associated Builders and Contractors, a D.C.-based trade organization representing 21,000 industry members, did not immediately respond to a request for comment.)

On the other hand, health-care workers will likely experience an increase in demand for workers. Before COVID-19, there was already a shortage of over 1 million health-care jobs, according to Burning Glass Technologies. In parts of Italy, retired doctors are being asked to go back to work. In the U.S., there are 16.5 million health-care workers. By 2028, the BLS projects an increase of nearly 2 million jobs in the field. “Health-care jobs for the past 10 to 20 years [have] been recession-proof,” Gould said.

Job security in the food and hospitality industry

Many restaurants are also likely to be hit by a drop in patrons as more consumers are stocking up on groceries and having food delivered. In 2005, when the avian-flu pandemic occurred, the Congressional Budget Office estimated that spending on food services, arts and accommodations would temporarily decline by about 80% during a major pandemic .

“America’s restaurant and food-service industry is home to nearly 16 million trained and skilled employees, and the industry is a key economic driver in communities,” said Mollie O’Dell, a spokeswoman for the National Restaurant Association, a Washington D.C.-based industry organization. “We are carefully monitoring the impact that COVID-19 will have on our workforce.”

If people continue to delay travel plans, service-industry workers could be laid off. Experts advise people to only travel if necessary in order to lower their risk of catching the virus, and spreading it.

Some 1.3 million people work in food and beverage stores, according to the latest government report. “Hourly workers are the first to go,” said Arran Stewart, co-founder of Job.com, an automated job-matching site used by recruiters and job applicants. Stewart advises people in this sector to hang tight for now.

“If anything, I would be trying to work as hard and as well as possible to be the employee they don’t get rid of,” he said. “If you categorically can see a shift at your company, you — of course — need to be looking for another role.”

Americans are also increasingly canceling or postponing travel plans as the virus spreads more widely across the country.

If people continue to delay travel plans and cancel flights and hotel rooms, service-industry workers will likely be laid off, experts say. Health professionals advise people to only travel if necessary to lower their risk of catching the virus, but also to prevent the risk of spreading it. The virus has a median incubation rate of 5.1 days, a recent report found, which means people could travel without showing any symptoms at all.

There are no CDC restrictions for consumers on traveling within the U.S. But because “crowded travel settings, like airports, may increase your risk of exposure to COVID-19,” the CDC has advised travelers to take certain factors into consideration . “Although the risk of infection on an airplane is low, travelers should try to avoid contact with sick passengers and wash their hands often with soap and water for at least 20 seconds or use hand sanitizer that contain 60%–95% alcohol,” the CDC stated on its site .

Companies have cancelled or postponed public gatherings, including the Coachella Valley Music and Arts Festival , one of the largest music festivals in the country.

As of Monday, “hotels have already lost $1.5 billion in room revenue, which equates to one million jobs that have or will be eliminated,” said Chip Rogers, president and CEO of the American Hotel & Lodging Association, an industry trade group based in Washington, D.C. “What we are most concerned about right now is the impact to our employees and small business owners.”

(The Associated Press contributed to this report.)

Read the full article in MarketWatch