How To Become A Police Officer 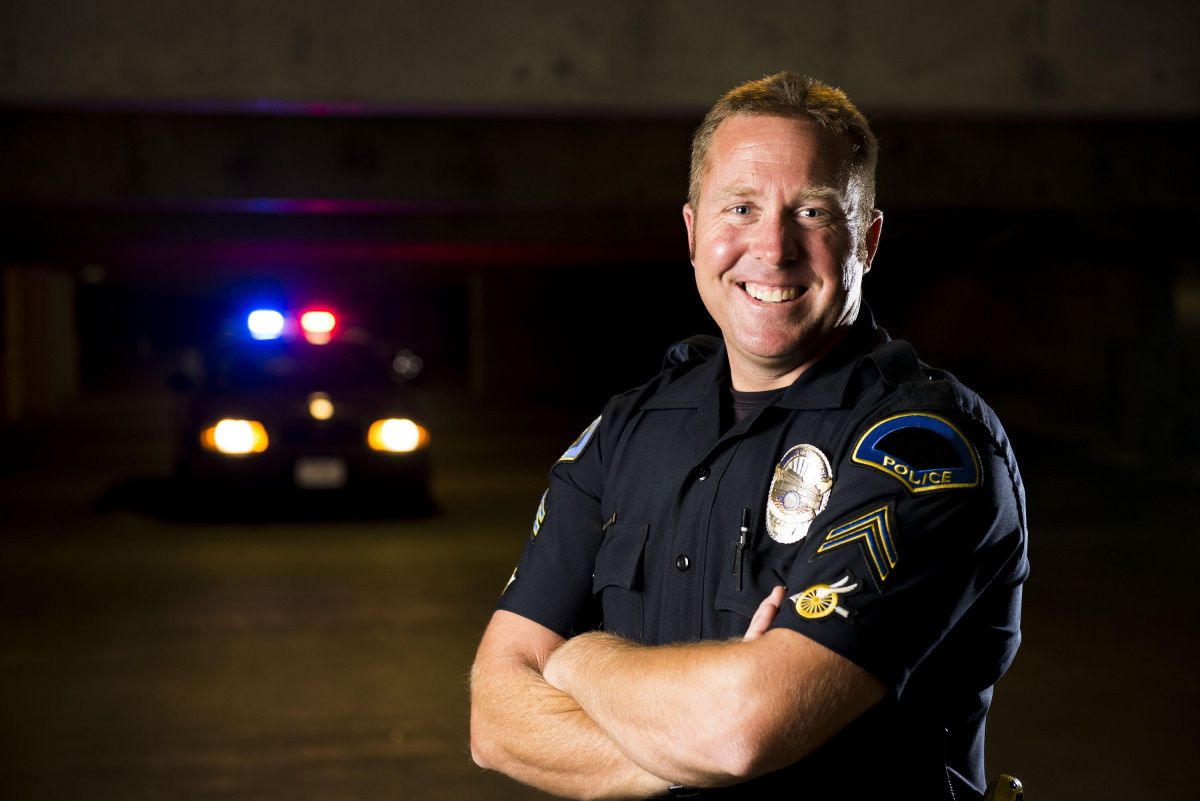 Police officers play a vital role in our society by dedicating their efforts to protecting civilians and enforcing the law. As a part of their work, police officers are responsible for many law enforcement tasks, including arresting those accused of breaking the law and responding to other emergencies.

To take on such a significant role, an officer must meet several requirements and complete all relevant training. Today, we’ll tell you how to become a police officer and give you an idea of what you can expect while working in this field.

The outlook for police officer jobs is relatively favorable compared to all other professions. Currently, the Bureau of Labor Statistics (BLS) predicts that this field will grow at a rate that is faster than the average for all occupations.

This is an encouraging trend for anyone interested in this career path. Between now and 2029, there may be as many as 40,000 new openings for police officers. These openings reflect the fact that crime and emergencies are an inevitable part of life. As such, we rely on a dependable police force to maintain the peace.

How Do I Become a Police Officer?

Police officers must meet specific mental and physical requirements to perform their job successfully. Each of those steps plays a role in ensuring that all officers are well-prepared for the task.

How Physically Demanding Is Police Work?

At times, police work can be highly demanding from a physical perspective. An officer must be ready and willing to spring into action at any moment. That can include chasing suspects on foot and using physical strength to restrain them until more help arrives.

That sudden intensity is the reason why physical fitness is such an essential aspect of police training. Those who conduct that training aim to ensure that all officers are ready to act at a moment’s notice.

However, it is critical to note that in many cases, the daily activities of a police officer are not physically strenuous. That is because police officers must play many roles, including patrolling via their squad car or completing necessary paperwork.

Those activities are not likely to take a toll on an officer’s body during each day. But regardless of those lower intensity activities, an officer must always remain ready for the action to intensity. That is why great physical fitness remains an essential characteristic of an active police officer.

How Much Do Police Officers Make?

The exact salary for a police officer will depend on multiple factors. The location and experience of each officer will play a major role in determining that number. However, there are a few generalities that we can make regarding police officer pay.

As stated by the BLS, the average hourly rate for officers across the country is just over $32 per hour. That hourly figure amounts to an average annual salary of $67,290 . Thankfully, those statistics show that working as a police officer is a great way to make ends meet financially.

Are Requirements Different from State to State?

There are a few general qualifications that are consistent throughout the entire country. But there is also a lot of variation between different states.

For example, the length of training at the police academy can be changed from state to state. Also, some states have additional experience requirements for aspiring officers. Those can include specific forms of education or previous military experience.

The barriers to becoming a police officer can also change at the local level. Each department will make the final say as to who they do and do not allow to serve on their force.

Contacting your local police department is a great way to learn about any requirements specific to their department.

What’s the Career Progression for a Police Officer?

Police officers will find that there is plenty of room for advancement in their career. In fact, there is a standard progression of ranks that each officer can work through. Here is a list of those ranks in order, beginning with the most junior role:

Each advancement brings a new level of responsibility and gives the officer a chance to act as a leader to those who rank below him or her. That order of ranks also establishes a clear hierarchy of power within the police force.

The above list gives you an idea of the standard police officer ranks. But it does not paint a complete picture of what an officer can be.

As you work through the ranks, you will find opportunities for specialization within some of those levels. For instance, one officer might work as a member of the SWAT team while another works in the K-9 unit. Despite having different roles, those two officers could hold the same rank within that police officer hierarchy.

That chance for specialization is something that makes policing an exciting and unique experience for all officers. So, if you are considering a career as a police officer, you should know that there will be many opportunities to find the perfect role for you.

Check out the available police officer jobs on job.com and directly below.