How To Become A Firefighter 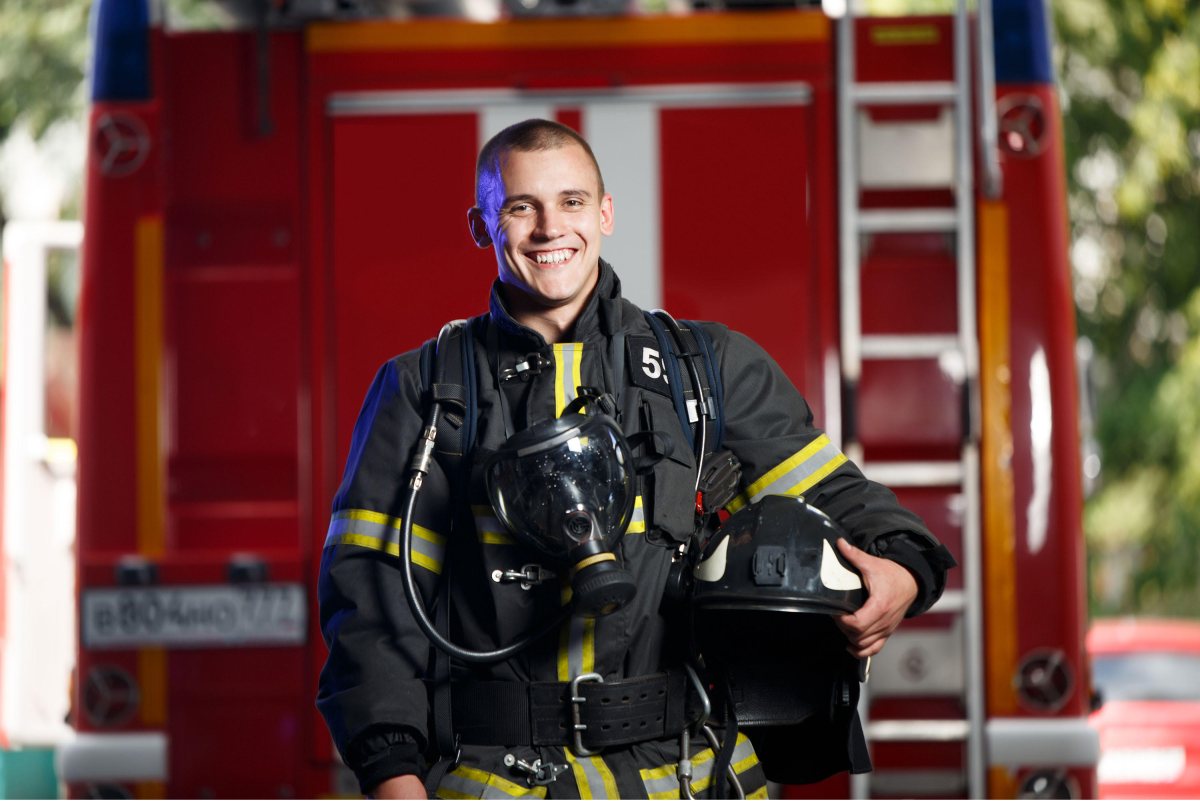 Firefighters are among the most respected professionals in our communities. These specialists are responsible for extinguishing fires and responding to other emergencies as well. With such strenuous expectations, it makes sense that becoming a firefighter takes a great deal of dedication. If that type of responsibility is appealing to you, this article will tell you everything you need to know about how to become a firefighter.

Let’s begin by exploring the current outlook for firefighter employment. According to the Bureau of Labor Statistics, the number of employed firefighters will increase by 6% over the next decade.

That growth is faster than the average for all occupations and will include an addition of over 20,000 firefighter jobs across the nation . Those stats indicate that those interested in becoming firefighters will have plenty of opportunities to do so.

If you have an interest in firefighting, then you probably know that there are two main types of firefighters. While some are paid professionals, others work on a volunteer basis. But perhaps you are not fully aware of the differences between these two kinds of firefighters.

The most obvious difference between the two is that a paid firefighter receives a salary for their work while a volunteer does not. Both firefighters also perform similar roles. However, there are some important distinctions that you should understand about paid vs. volunteer firefighters.

How Do I Become a Firefighter?

By this point, you know that becoming a volunteer is a fantastic way to begin your career as a firefighter. Now let’s take a closer look at some of the specific requirements that you will need to meet. To become a firefighter, you need to:

Those are the basic requirements. However, you should know that there may be additional requirements for firefighters in different jurisdictions. There may also be some reasons that a department might disqualify you from becoming a firefighter. Those disqualifying instances usually involve some sort of physical limitation or a history of poor moral behavior.

Likewise, there is sometimes an upper age limit for applicants . Though this isn’t always the case, some departments may not hire someone exceeding 30-45 years of age. This is often because the department wants to make sure the amount they are investing in equipment, training, and hiring is worth it. They ideally would like the applicant to have a career of 20-30 years with them, and with such a strenuous job, these duties may become more difficult as you age.

Many areas also require all of their firefighters to earn an Emergency Medical Technician license. The best way to understand the exact qualifications you need to contact your local fire station or attend a firefighter recruitment fair.

How Long Does it Take to Become a Firefighter?

As you might expect, those who want to become nothing more than an entry-level firefighter will fall at the lower end of that range. Those who seek additional certifications or who would like to become cross-certified as a paramedic will need to complete multiple years of education and training.

How Much Do Firefighters Make?

While money is not the main motivation for those who wish to become a firefighter, it is an important consideration to make before you begin the journey. Thankfully, the firefighters are able to make a reasonable living through their work. The BLS lists a median pay of $52,500 per year . That equates to about $25.24 per hour.

Are Firefighter Requirements Different From State to State?

We detailed the basic requirements for becoming a firefighter. For the most part, those qualifications will remain the same regardless of the state you are in. However, some states may have additional requirements beyond the basics.

Each state can establish its own guidelines for firefighters, and some are more stringent than others. In recent years it has become far more common for fire departments to require their applicants to have EMT certification. Other departments take that requirement a step further by focusing on recruits that are also paramedics.

Below the state level, there may also be unique requirements for each municipality within a state. Ultimately, each department will decide how far beyond the basic qualifications you need to go before you become a firefighter.

What’s the Career Progression for a Firefighter?

Just like many other careers, firefighting offers you the opportunity to advance to higher positions. The following list should give you an indication of the typical progression of a firefighter moving through the ranks:

Firefighting is a highly engaging profession, and the chance for advancement only adds to that excitement. As you pass through each of those levels, you will earn more responsibility and more pay.

However, you should remember that each advancement may call for additional training or education. At the higher levels, you may even need to achieve a four-year bachelor’s degree. But if you are passionate about firefighting, you shouldn’t let those additional qualifications deter you from following the firefighter career progression as far as you can go.

Ready to begin your career as a firefighter? Check out the open firefighter positions right here on Job.com